Almost all campsites have their origins in agriculture.

Back in the dawn of campsite time, as farmers discovered that tents and, much later, motorhomes, were a cash-rich crop, campsites arose as farm diversification enterprises. Investment down the years transformed fields to top-flight sites. Today, though, few fully retain a farm feel.

Wide-open fields with pitches only around the perimeters, signed walks along field boundaries, the chance to pause and gaze at herds of longhorn cattle, views of farm and field as far as the eye can stretch…

This is Dulhorn Farm Holiday Park, only five minutes from the M5 yet with a wonderfully remote feel. We’ve used this site many times as a stopover en route to Cornwall, because of its convenient location. And we’ve often remarked that this place deserves more of our time. Earlier this year a week of holiday gave us the chance to get to know Dulhorn even better.

First-class showering facilities, laundry and washing-up area, one of the best security systems on any site (a height barrier is manually opened, by staff), large, level pitches, two play areas, a fishing lake, a dog walk and, above all, wide open vistas – for all of those reasons, Dulhorn is an enchanting site.

It’s been a Premier Park for some years and developed along the way, opening new fields, increasing the number of pitches (but still retaining the Dulhorn principle of only placing touring pitches around the edges of the fields) and, for this year, more hardstandings.

During our week’s holiday we followed the signposted farm walk, explored the Somerset coast at Brean and Weston-super-Mare, discovered a fabulous deli called Pyne’s at Bridgwater, perused the architectural magnificence of England’s smallest city, Wells, devoted a wet day to the Haynes International Motor Museum at Yeovil – and all the time loved making Dulhorn our base.

Go there – you’ll see what we mean! 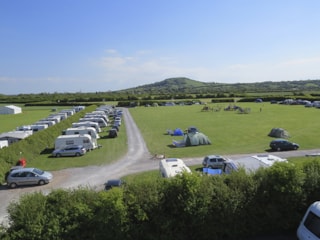 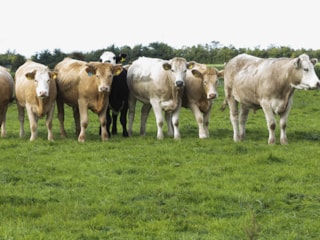 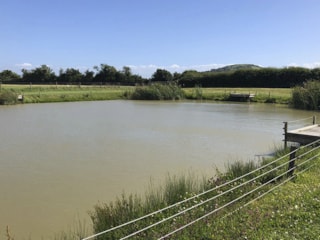 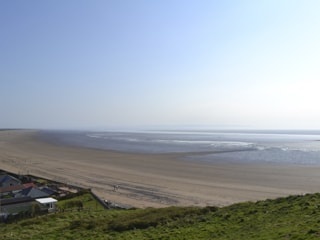 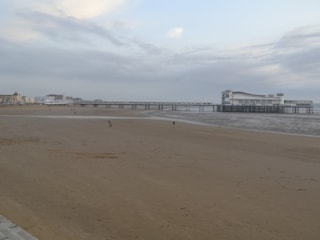