Funny man Alan Carr put a big smile on the faces of Devon's Ladram Bay Holiday Park this November when he presented the business with a major tourism accolade.

The Budleigh Salterton park scooped the top Diamond Award for Family Fun in Devon and Somerset at the prestigious Hoseasons Awards in Brighton. It's the ninth year in succession that the park, owned by the Carter family since 1943, has come home from the event with the premier family fun trophy.

The award followed a count-up of the number of customer votes received over the year by Hoseasons from families staying on hundreds of parks throughout the UK. Awards host Alan Carr added his personal congratulations to those of judges when delegates from Ladram Bay stepped into the spotlight to receive the prize. They included the park's general manager Steven Harper-Smith and holiday sales manager Lisa Spickett.

But November's celebrations aren't yet over for Ladram Bay as the end of the month will see the park featured in yet another glittering presentation ceremony. The Devon Tourism Awards will be taking place at Torquay's Riviera International Conference Centre – and Ladram Bay has been shortlisted as one of the county's top three parks. It means that the team will come away with either a gold, silver or bronze honour for the park.

November's accolades will crown one of the busiest in Ladram Bay's 75-plus years of welcoming holidays guests, according to park director Zoe House: "These awards have a very special significance to us because they are based on the quality of the experience that we provide to families," she said. "We always aim to create treasured holiday memories, based not just on the high standard of our facilities, but also the first-class hospitality and service on offer. Delivering this is very much in the hands of our employees, and it's their helpfulness and friendliness which is so often mentioned by guests in their reviews."

Families at Ladram Bay have full use of an impressive raft of facilities and attractions which ensure never a dull moment for grown-ups or children. They include a swimming pool and adjoining splash zone for youngsters, an indoor climbing wall, adventure golf course, and a beach shack where watersports equipment can be hired. There's also professional family entertainment staged every evening in season, and a relaxing bar and restaurant serving freshly prepared meals focussed on locally sourced ingredients. 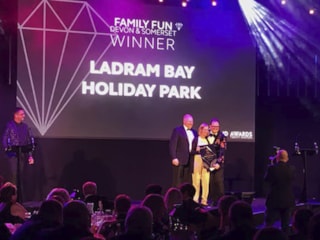 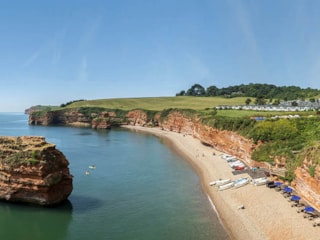 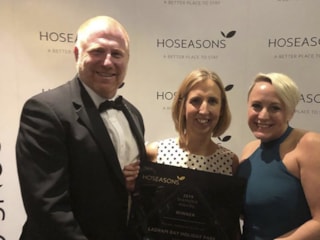